Two new Dean’s Choice Awards established by the University of Colorado Law School’s Law Alumni Board will recognize alumni for their mentorship of other attorneys and commitment to diversity, equity, and inclusion.

The Sonny Flowers Award recognizes alumni who have demonstrated an exceptional commitment to diversity, equity, and inclusion among the law school and legal profession, specifically including the advancement of individuals from underrepresented groups. 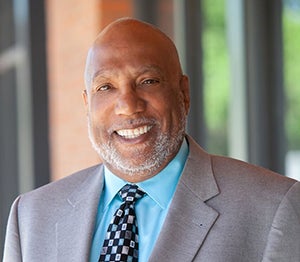 Flowers, who graduated from Colorado Law in 1971, was a litigator with Hurth, Sisk & Blakemore LLP in Boulder. An integral part of the University of Colorado Law School and CU Boulder communities for the last 50 years, Flowers served as a champion for diversity at Colorado Law. He traveled the state to recruit students of color, helped to establish CU Boulder’s Black Alumni Association, and created an endowed scholarship for students of color at both Colorado Law and the University of Denver. Flowers died in July 2020.

Over the decades he served the University of Colorado as president of the Alumni Association’s board of directors, chair of the Colorado Law Alumni Board, member of the CU Foundation board, and mentor of Black student-athletes. In 2016, he was recognized with the Alumni Association’s George Norlin Award. In 2020, he received Colorado Law’s Distinguished Achievement Award—Solo/Small Firm Practitioner.

“Sonny had the character that lawyers should aspire to. We tried an extremely difficult, emotional case against each other in the early 1990s with a lot of media attention. I emerged from that case with a deep respect for, and friendship with, Sonny. You intuitively trusted him and he always interacted with warmth and compassion. We need more lawyers like him,” Fogg said.

The inaugural Sonny Flowers Award will be awarded at the 2021 Alumni Awards Celebration to the Hon. Gary Jackson (’70).

These new awards join two existing Dean’s Choice Awards, the Dean Edward C. King Making a Difference Award and the Richard Schaden Adopted Alumnus Award. Each award is given at the annual Alumni Awards Banquet at the dean’s discretion.